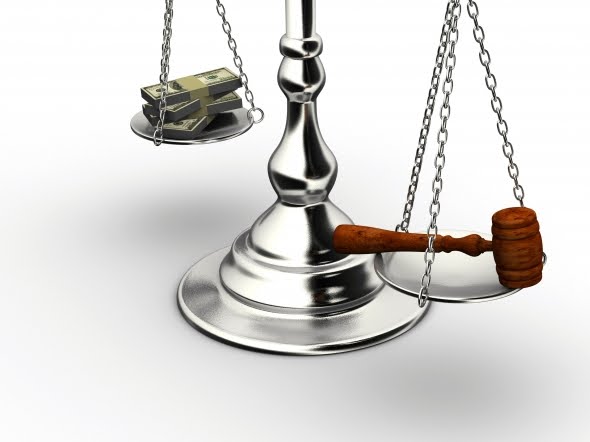 How the NHS failed me and mine.
What it did, to the most important person
in my life and how it could happen to you unless
we do something about it! 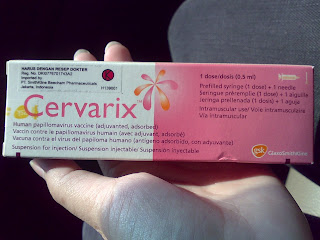 Moving on from my last post, I have looked at outcomes and costs of this protocol, and it seems to me that it is more of a ploy to give GP's 'something to do' (for which they will want paying-as always) and to make 'Pharma' richer, rather than anything of real worth.

The objective at the moment is to vaccinate young girls to 'prevent' in later life the incidence of cervical cancer and now throat cancer (and possibly genital warts). Well the cost is looking pretty staggering. If the NHS is to achieve it's goal of all teenage girls receiving Cervarix (GSK's version of the vaccine), it would cost, at £450 a 'pop', some £2.155 billion. If we add in the boys as well this goes up to £3.375 billion. And that's without factoring in the cost of administering 3 doses over six months which will be at least £5 and probably nearer £7.50 a 'go'. If some sort of 'target' payment is introduced to encourage take up, (likely-because GP's don't do anything for nothing) we're already looking at least an extra £22 million and more likely £40 million. That's an awful lot of taxpayers money, for a problem that isn't really, er... a problem. So what is?

Well, HPV Vaccines are not proven as being preventative, because the timescales involved can be as long as 40 years and generally at least 20 years, before Cervical Cancer develops. So, it will be along time before we know the real outcome of the vaccine protocol. In the majority of cases found, the lesions do not progress to cancer and those who end up with actual cancer have a quite low mortality. The incidence rate in the UK is in fact 8.5 per 100,000 (0.0085%) but the mortality rate is only 2.4 per 100,000, leading one to believe that treatments are very successful or (more likely) a lot of women are being counted who did not really have full stage 3 cancer. Both mortality and incidence have been falling (off a cliff) since the 1950's with the largest decreases in the quintile one would have expected to be most 'at risk', those sexually active in the 1960's (or 70's if not in London), the 55-64 year olds. This cohort have in fact had the most spectacular drop of all, in mortality of 79% (up to 2000). Mortality and obviously incidence increases with age unsurprisingly, but even in those over 65 the mortality is 11.8 per 100,000 or 0.0118%. These sort of percentages if seen in a clinical trial would be viewed as too small to count as significant.

There is now a view (a desperate one) that we should utilise HPV Vaccines for genital warts, (Gardasil is licensed for warts, but not Cervarix), and yes incidence has risen since the 1970's but is now slightly on the decrease. However at 148.7 per 100,000 could hardly be viewed as an 'epidemic' (1.49%). yet some clinicians advocate this for boys/girls and young men/women as a precaution against warts, which the last time I checked could hardly be viewed as 'terminal' and is eminently treatable. I feel all of this 'hype' of vaccination is counterproductive and dangerous. Good sex education and the discouragement of 'early' sexual encounters would be somewhat more in keeping with the needs of society. And, as I said in my last post the actual incidence of harm for vaccination is higher than the risk of cervical cancer.

Do we need to spend vast sums on vaccines of dubious benefit for 'so-called' cancers of extremely low incidence, such as throat, cervical and some sexually transmitted diseases generally without fatalities? Life itself is dangerous and to the best of my knowledge, no one has yet escaped alive. Whilst I would advocate cervical smear tests for women over 30 years (pap tests), I feel we are in danger of more 'disease mongering' if we continue down this road of trying to remove all risks from simply, well 'being' (alive that is). The sort of sums involved are colossal for rewards that are dubious, unsupported by any real scientific evidence, and that can cause harm, even death. The NHS has promoted mammography, DXA-scans, exclusively hospital births, hormone replacement therapy, even thalidomide in it's history (in the main for women) and some of these have turned out to be a tragedy of enormous proportion. In many ways it should take note of the old adage that 'if it ain't broke, don't fix it'.
Posted by blackdog at 18:26